by Tim Nash
with 6 comments
build trustTrust in the 21st Century
Tweet
Share
Share
How far do you trust your President or Prime Minister to keep their promises? When you hear about the latest scandal in the Catholic church or other charitable organization, how does it affect your faith in that institution? What about the current business leaders behind the big companies you use every day (Google, Facebook, Amazon). Do you trust them to do the right thing? I don’t.  But, I still use their products.  What does that say about me? So who can we trust these days? This is a question Tim Hulse asks in “A Question of Trust” in British Air’s inflight magazine, Business Life.  With the help of Rachel Botsman’s book Who Can You Trust?, the answer appears to be each other.

Back in 2001 the PR firm Edelman surveyed 1,300 people from five countries about their trust in business, government, the media and other institutions.  The results showed a steep decline in all, even NGOs.  Further surveys have repeatedly confirmed it. In January 2017 The Edelman Trust Barometer released its bleakest results so far – this time from 33,000 people across 28 countries.  Not surprisingly, the government was the least trusted institution in many countries, with CEO’s not far behind.  Undoubtedly, the 2008 global financial crises is largely responsible, but globalization and new technology have also played a significant role. Ms. Botsman recognizes the “erosion of confidence in the systems” as a bigger trend – beyond a growing distrust of the banks or political leaders.  She even believes that we now view our Facebook friends twice as credible as our government leaders. What’s your take on that? If you’re skeptical of statistics like me, I invite you to survey your friends and colleagues.  And by all means, put more weight on these results than on theirs’. Whatever your personal feelings, one thing is clear – the 21st century has seen a rapid erosion of trust in the established institutions – from the church to the state and everywhere in between. No one illustrates this better than the writing team of David Simon and Ed Burns.  Between 2002 – 2008, this former Baltimore news reporter and beat cop depicted this institutional erosion in the police department, unions, education, politics, and the newspaper industry in the urban sprawl of Baltimore. As a former Baltimore news reporter and city cop, respectively, these guys knew of which they wrote. Some of the reasons for this are logical, others not so.  Likewise, some of the implications can already be seen, others not yet. Ms. Botsman first noticed the trend when researching “the sharing economy” for her last book.  “Technology was allowing us to trust strangers in all sorts of weird and wonderful ways.”  If you consider that people now allow strangers to stay in their homes (Airbnb), jump in unmarked cars for cheaper rides (Uber) and trust the opinions of Yelp and other non-official watch dogs, you see her point. She believes that we have entered a third age of trust. According to this hypothesis, the first age was a time when we lived in small communities and everyone knew everyone else.  The second saw a shift from known people to known institutions (bank, church, etc.).  In the third and current age, trust is distributed among peers – no longer flowing upwards to figures and institutions of authority but placed with our peers at Airbnb, Uber, Yelp and other reliable, transparent sources.  Reliable for its track record, transparent for easy-access reviews.   TRUST IS AN ENERGY

In the immortal words of Johnny Rotten, “anger is an energy”.  Without the pyrotechnics, Ms. Botsman equates trust to energy – “you can’t destroy it, it just starts to change 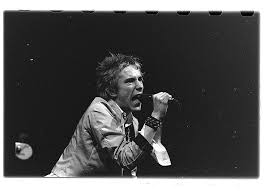 form”.  Keeping in mind the shift from institutions to strangers (Airbnb, Uber, Yelp), consider these non-obvious examples of Distributed Trust:

1. The Panama Papers – If you consider that journalists have a long tradition of withholding information and trying to be the first to “get the scoop”, it’s amazing that a) they agreed to share information on the case of the Panama Papers, and b) to publish on the same day. Not only did this represent a new way of working.  It signified a new way of trusting.  2. The Underworld – Botsman’s second example looks at the world of drug dealers.  She notes – “an apparently untrustworthy collection of individuals has managed to create highly efficient markets, i.e. create trust in a zero-trust environment”.  Dealers are more honest on-line because technology allows and forces them to build trust in the same way that Airbnb or Amazon do. Think about it for a second – What happens when vendors are rated by their buyers for their quality and speed of service, and sometimes vice versa?  Forcing people to be accountable has created new forms of trust and disrupted old ones.   OUTSOURCING TRUST? So what are the risks and negative consequences – both real and potential? You could argue that the inauthentic nature of “forced trust” isn’t real, or at least not sustainable.  As soon as people figure out how to trick others, they’ll do it.  Maybe.  However, I would argue that it’s better than the alternative – easy tricking without forced accountability (life pre-internet). One real risk is outsourcing decision-making. I’ve never used Siri or Alexa, but I hear they’re fairly reliable.

If it’s not happening already, it’s just a matter of time before people start asking them and their AI ilk for help with bigger, more important decisions.  It’s one thing for AI to help you crunch numbers or play the odds.  Trying to bypass your intuition and common sense is something else entirely. For better or worse, the age of Distributed Trust is upon us.  If I hear the message that something is good, I’m more likely to trust the first-hand experience of my colleague than a leader in my organization, trustworthy as they may be.

3 WAYS TO BUILD TRUST IN ZERO-TRUST ENVIRONMENT So the question is:  In this age when trust in traditional authority figures and institutions is at an all-time low, how can you build it? Here are 3 ideas: Much has been written about the need to move away from Silo Mentality and over to Cross-Functional/Departmental Collaboration.  And for good reason.  Taking the Panama Papers as an example, think outside of your box for a second… What specifically could you do with peers from your team/organization/industry.  What would such an initiative look like in your world? Use the wisdom and intelligence of a small group of peers that has shared problems.  Why?  There’s no better human resource than someone who shares, understands or at least cares about your problem. Here’s how an Action Learning Loop could work: The Action Learning Loop should be repeated for all.  You might be surprised by how much you can learn in the peer coach and observer role. Have you ever heard a leader say that they didn’t give information about a change or decision because it was incomplete or some other reason? I have.  I’d have preferred they at least tell me that.  Hell of a lot better than hearing the truth how I did. Bottom line: Withholding information is never a good idea. 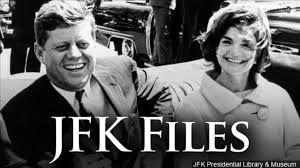 Sources like Google and Wikileaks ensure that the truth emerges.  We no longer need to wait 60+ years before the FBI releases “the files”. With video-equipped phones and YouTube at our fingertips, no secret is safe.  So don’t keep one.  This accountability might be “forced”, but thank God for that! You can’t always share the details of every change or decision.  But you can always share about the process and timeline.  And if the timeline changes, share the update. If you make a statement and something changes, share it.  People don’t forget earlier statements.  Brains don’t work that way, especially when statements involve unknown changes.   CONCLUSION Due to the growing complexity of our work situations and work relationships coupled with the new trust landscape, tell me if you agree with any of these statements: Whatever your specific situation, I think you’d agree that work situations are more complex than before.  Information is more readily shared and easier to access, and trust more distributed as a result. Therefore, my best advice is to share and collaborate with others whenever you can, leverage the wisdom of your trusted peers and be transparent in everything you do. To build trust during a change, here are: Do these things and you’re well on your way to building trust in a zero-trust environment. What tip or idea can you share for building trust in this environment?